WASHINGTON, DC -- The AARP Fraud Watch Network and the U.S. Postal Inspection Service today jointly announced the launch of Operation Protect Veterans — a national campaign to warn those who have served in the military about scams and fraud schemes that target veterans.

With a new AARP survey showing that veterans are frequently targeted by scam artists and victimized twice as often as the rest of the public, the goal of the Operation Protect Veterans education campaign is to leverage the extensive reach and communications capabilities of the two national organizations to help veterans avoid losing money to con artists.

"Unfortunately, the men and women who bravely served our country have become a prime target of telephone and online thieves," said AARP Chief Executive Officer Jo Ann Jenkins. "While veterans are bombarded by the same scam pitches we all receive, our research found that they're also under special attack by a number of additional scams tailored just for them."

According to the Fraud Watch Network's recent survey 16 percent of U.S. veterans have lost money to fraudsters, as compared to 8 percent of nonveterans. Veterans also report that they are targeted by a large number of scams directly related to their military service or the veterans' benefits they receive.  Eighty percent of the veterans surveyed said they have encountered veteran-specific scams.

"The U.S. Postal Inspection Service is committed to protect our veterans from scammers who continuously prey upon them for their own illicit gains," said Guy Cottrell, Chief Postal Inspector.  "We will continue in our fraud prevention efforts to inform veterans about scam artists who fraudulently utilize advances in technology and tailor their pitches towards them."

In addition to showing how deliberate targeting may be leading to higher victimization rates among veterans, the survey also explored how veteran scam victims differ from the general public.  For instance, veteran scam victims say they are more likely to trust a person who has previously served in the military.  And victims say they are more likely to donate to charities that support our service members and veterans.

"To a savvy con-artist, stolen valor can be an extremely effective tool," said AARP's lead fraud researcher, Douglas Shadel, Ph.D.  "We've heard from a number of former and current scam artists who tell us they specifically target vets with false claims of military service brotherhood, or that they know patriotism among vets can be a powerful window in to their hearts and wallets."

AARP and the U.S. Postal Inspection Service are warning veterans and their families to be on the lookout for some of the most common schemes and scams directed at veterans, including:

To raise scam awareness among veterans and their families, Operation Protect Veterans is utilizing advertising, social media, email messages, brochures, mass mailings and a new website, www.aarp.org/ProtectVeterans.  The Fraud Watch Network has also produced a Veterans edition of its popular Watchdog Alert Handbook.  In a major component of the outreach campaign, printed materials will be distributed in many of the nation's 37,000 Post Offices and AARP's state offices.

Scam warnings are also being conveyed via telephone.  At today's campaign launch event in Washington, volunteers from AARP Fraud Watch Network and the Postal Inspection Service are staging a "reverse boiler room" – a tactic that uses one of the scammers' own methods against them.  Volunteers are staffing a telephone bank to call veterans nationwide with news of the latest scams aimed at the military community and advising veterans how to protect themselves.

Postal Inspectors have also developed a unique vehicle for delivering a weekly crime prevention message. In conjunction with Litton Entertainment and the Hearst Corp., "The Inspectors," a half hour TV drama, is aired on the CBS network on Saturday mornings. This Saturday's episode on Veteran's Day features a pre-paid funeral scam that swindled veterans and their families out of millions of dollars.  AARP's Jenkins and the Postal Inspection Service's Cottrell appear at the end of show with a special crime prevention message.

AARP's membership includes 6.5 million veterans and the U.S. Postal Service is the nation's largest employer of veterans, with 113,000 of its workers having served in the military.

Among other key findings of the Fraud Watch Network survey, Under Fire: Military Veterans and Consumer Fraud in the United States: Veterans who became scam victims were more likely to have had a "negative life event," such as having suffered a serious injury or illness, struggled with mental health or addiction issues, or accumulated a significant amount of debt or suffered a large financial loss.

The AARP Fraud Watch Network was launched in 2013 as a free resource for people of all ages.  The website provides information about fraud and scams, prevention tips from experts, an interactive scam-tracking map, fun educational quizzes, and video presentations featuring renowned security expert Frank Abagnale.  Users may sign up for "Watchdog Alert" emails that deliver breaking scam information, or call a free helpline at 877-908-3360 to speak with volunteers trained in fraud counseling.

Survey Methodology
The survey was administered between Oct. 17 and Oct. 31, 2017, to a total of 1,355 people: 610 US military veterans and 593 nonveterans using NORC's Amerispeak Internet Panel, and an additional 152 US military veterans who lost money to consumer fraud, using a sample from SSI, another online survey firm.  A more complete description of the methodology can be found in Appendix A of the survey report. 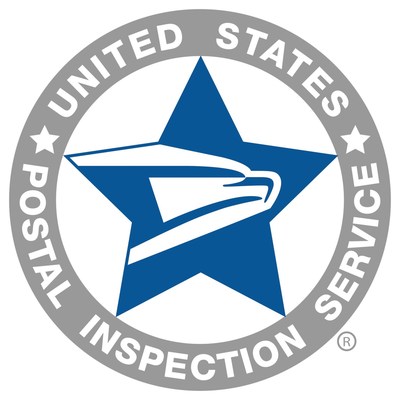